Letter from M. Fraser, A. Nicholson, I. Viner to J. Macklin

Further to the press release of the Rt Hon Malcolm Fraser of 27 June and our letter of that date we wish to elaborate upon the issue of the consultations planned by the Government in association with the release of its discussion paper "Stronger Futures in the Northern Territory" and also to discuss aspects of the paper itself.

We have already written to you expressing concern about the haste with which it is intended to conduct the consultations and urging that their commencement be delayed, relevant documents be translated and distributed and their transparency assured by means of recording (preferably video) and the presence of skilled interpreters.

We also have concerns about the nature of the consultations, by whom and with whom and the manner in which they are to be held. In particular it appears that Government is attempting to bypass Elders and Lawmen and Law Women and is failing to work with them to achieve the co-operation of the people whom they lead.

We refer in particular to the statement in reply to the Prime Minister by Rev. Djiniyini Gondarra where he said:

"The Aboriginal people of the Northern Territory will only endorse a new initiative by the Government to improve the lives of Aboriginal people if the Government first establishes a diplomatic and respectful dialogue, negotiation and relationship with the traditional lawmen and lawwomen in the communities to be affected. These are the people that are seen as the true leaders by their communities, who are charged with maintaining ceremony, language, law and order. They must be properly consulted before any new initiative can take place in their communities".

It is apparent that this is not happening and we regard this approach as being extremely disrespectful, not only to the Elders but also to the people whom they lead and counterproductive if any real progress is to be achieved.

As to the consultations, it is also now clear that not only are they are being conducted in haste but without proper consideration. If, as in the past, the consultations are carried out by public servants according to a rote process that is not properly recorded and without the aid of suitable interpreters, such consultations will be utterly flawed as were the previous ones.

We also think it is extremely important that they be observed by an independent source and not from contracted consultants as occurred in 2009. The UN should be involved for this purpose and we strongly suggest this option be explored. Failing this it is essential that observers are entirely independent of Government and in no way financially dependent on it.

Mr. Fraser has expressed concerns that previous consultations have been designed to persuade communities to accept what has been pre-determined by the Government or Government Departments in Canberra. Unfortunately the tone of the new discussion paper reflects that approach rather than one of partnership with the Aboriginal people.

In this regard we note under the heading ‘Building stronger futures' the statement appears that in all future actions taken by the Government it will comply with the Racial Discrimination Act either because the actions are non-discriminatory or because they are special measures.

The very fact that the Government discusses its past consultations as if they had validity in this paper gives rise to grave doubts as to the bona fides of the present consultations.

We adopt the view previously expressed by Mr. Fraser that the Government, while describing in fulsome terms all that it has spent and done over the four years of the Intervention, provides no adequate measure of what has been achieved. It is of little assistance to produce a barrage of statistics without providing a means of testing them.

For example in relation to housing it quotes anticipated expenditure of $1.7 billion but does not state over what period or where the houses will be built or what the estimated need is. All we know is that by the end of 2013, some 900 new houses will have been built and more than 2900 rebuilds will have taken place.

In relation to education, no financial commitment is made nor is it clear what approaches will be taken to the permanent provision of teachers on site or to education in the homelands. We do not know whether it is intended to maintain present policies of teaching in English rather than Aboriginal languages and the current figures for school attendance appears to show a decline.

Similarly, in relation to health no future financial commitment is made and while figures are given as to the past provision of 273 additional doctors, nurses and Aboriginal Health Workers it is conceded that hospitalisation rates have not changed for children under 14 between 2001 and 2008. This does not suggest that what has been done has been very effective. A recent commentary suggests that when pharmaceutical benefits are taken into account, Indigenous Australians receive only 63 cents per head in health expenditure for every dollar spent on Non-Indigenous Australians, despite Government claims that more is spent on them.[1]

From the nature of the intervention itself surely the government has some measure of the improvement or of the deterioration of Aboriginal health, especially relating to Aboriginal children. No hard information is given on this critical subject.

How can the Aboriginal people be expected to approve the continuation of such policies or their extension without being privy to the full details of what has been done and whether it has been effective and precisely what is proposed in the future.

We suggest that the Government really carries out what it says that it will do and start these consultations in a spirit of partnership with a clean slate and do so in a manner that respects the Aboriginal people and their leaders. Surely it is time that their welfare ceased to be determined by public servants and politicians in Canberra according to their values rather than the values of the Aboriginal people themselves. It should pay heed to Rev Gondarra and the other NT elders and start a genuine dialogue with them and their people. 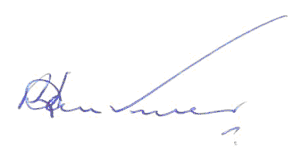